The Magic of Maths: Fibonacci

If you have spent more than a few hours looking at charts and have read a minimum about trading, surely you have seen some mentions of the Fibonacci levels (or “Fib” levels in its short version). If you are wondering what’s behind those numbers, here is some information to show what is it all about.

The numbers included by default in most Fibonacci trading tools are not random at all, they come from the Fibonacci sequence and the relationships between them.

The Fibonacci sequence is one of the simplest sequences in Maths: each number is the sum of the previous 2 numbers, (in a decimal base count, of course), starting from 0 and 1, so:

Simple, huh? Well, Mr. Leonardo of Pisa (a.k.a Fibonacci and the man who made all this thing popular by trying to determine the growth in rabbit population) didn’t stop right there, and while digging a little deeper into this simple sequence, he discovered something that blew his mind… he observed how, (with the exception of the very first numbers in the sequence), any number taken divided by the previous one, would give you approximately a CONSTANT value, which had been discovered and made popular by the ancient Greek Mathematician Euclide: THE GOLDEN RATIO, also called Golden Mean, or Golden/Divine Proportion.

The higher the numbers taken from the sequence to check that relation, the most precise and close to that golden proportion:

This number has infinite decimals (an irrational number) and it’s approximately 1.618 (if you have used the Fib tools in trading already, this number will surely ring a bell ;) )

And it’s called the golden ratio because… well, let’s Euclide explain it with his own words:

“Two objects are in the golden ratio if their ratio is the same as the ratio of their sum to the larger of the two quantities.”

Of course, back in the days of Euclid, all they had to do was Maths and geometry to build nice temples, but the beauty of that value is not precisely in the Maths…

Why is Golden Ratio so important?

The key of Fibonacci sequence and golden ratio relies in the fact that almost all aspects of the natural world, from the mathematical and geometric proportion of practically all parts of our bodies, to our DNA, or the growth patterns found in leaves and flowers, the humble broccoli that we consume, and many human patterns and behavioral characteristics, and right up to the galaxies of our universe... all comprise of this number sequence, which can be shown as a spiral / torus shape, like the one you have probably seen around before: 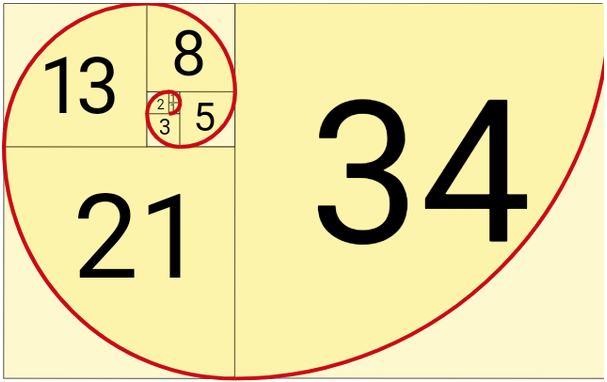 And there are plenty of examples of this in nature: 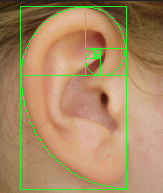 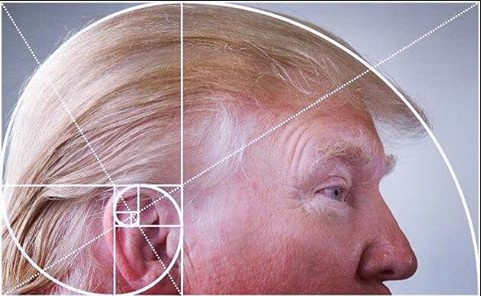 Just citing something from Wikipedia to simply show the huge relevance:

“Fascination with the Golden Ratio is not confined just to mathematicians. Biologists, artists, musicians, historians, architects, psychologists, and even mystics have pondered and debated the basis of its ubiquity and appeal. In fact, it is probably fair to say that the Golden Ratio has inspired thinkers of all disciplines like no other number in the history of mathematics.”

Ok, but where does Fibonacci fit into Trading?

Well, if you think that basically, EVERYTHING around us has some relation with Fibonacci, it won't be hard to understand those numbers must be important in trading as well.

Actually, what is really important to MOST traders is that applying these ratios, can help identify key support and resistance zones in the markets, and therefore determine key trading opportunities. And the fact that precisely MOST traders rely on these ratios or levels, is the very reason why those values become supports or resistances. (Yeah, it’s a bit like the egg and the chicken, but that’s how markets are driven)

Also, in combination with the Elliott Wave Theory, these ratios can provide very specific targets too, for predicting where the price of an asset will go next.

There is a huge load of information around you can easily find on the Internet, to get more details about where and how to apply each ratio/level in trading charts, find relevant points, (support/resistance) or even interesting relations in timing using Fibonacci levels, etc. But I won’t get into more detail here, as there are plenty of resources you can find around (But if you want to include here any source of information, please feel free to add it!), this wiki was just intended to show you the origin and the reason behind these awesome numbers, and therefore catch your interest in all of this (In my opinion, there is no better way to learn, that find yourself highly motivated/interested in something!).

I encourage you to dig into it, as I’m sure you’ll find it fascinating too: it's awesome seeing how those levels are respected in the market moves! With proper knowledge of them, Fibonacci levels can make a huge improvement to your trading skills!