Algorithmic Stablecoin Crashes 50% as Devs Scramble for a Fix 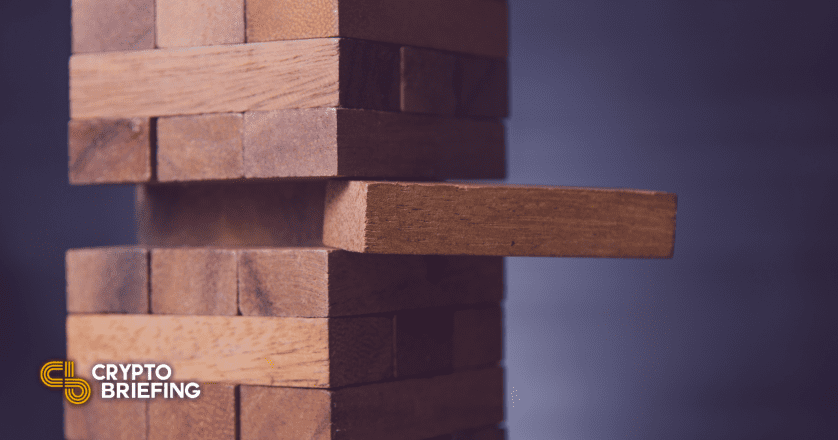 The FEI stablecoin experiment has failed to maintain a peg with the USD, as $1.2 billion ETH is stuck in the smart contract. FEI Stablecoin Failure Fei protocol investors have arrived at a difficult crossroad. They could either incur penalties to withdraw Ether while FEI is trading less than its $1 peg or wait until FEI reaches parity and risk their entire deposit. As such, users have been looking forward to the protocol’s reweighting mechanism.  However, the second event at 8: 33 am EST yesterday morning failed to establish the peg. Banteg, a core developer of Yearn Finance, suggested a surrender of ETH locked in the protocol and “get back to the drawing board.”  Fei went into full capitulation mode after the second reweight. People in discord report the UI doesn't allow selling when the penalty is over 50% (price is lower than 0.93). A good move would be to return the captive ETH and get back to the drawing board. pic.twitter.com/XblhvpKbZd — banteg (@bantg) April 6, 2021 FEI is an algorithmic stablecoin that seeks to maintain a $1 valuation without actual fiat (like USDT or USDC) or crypto (like DAI) collateralization.  The price of the stablecoin is dependent on the Uniswiaps’ liquidity for the FEI/ETH pair. Liquidity providers (LPs) earn rewards for their contributions in maintaining the stablecoin’s liquidity. Nonetheless, like all economic assets, its price depends on supply and demand.  The protocol minted a lot of tokens at the genesis block. However, due to low demand, the peg against the dollar failed to keep up, triggering the underlying algorithm, which charges the liquidity providers for selling FEI if its price is less than the target of $1.  Thus, the stablecoin token holders are stuck because due to lower peg value, they cannot exchange it for ETH without incurring a penalty of 50%.  Backed by notable investors in Coinbase, Nascent, Andreessen Horowitz, the platform launched with much excitement over the weekend—almost doubling the average network GAS fees on Ethereum after its launch. The developers of the protocol have attempted a fix by halting liquidity mining rewards.  Crypto Briefing has reached out to Fei Labs seeking details of their fix and whether or not they are considering ending the project by releasing the ETH from the contract.